Basketball season kicks off with Signing Day for Jalen Washington 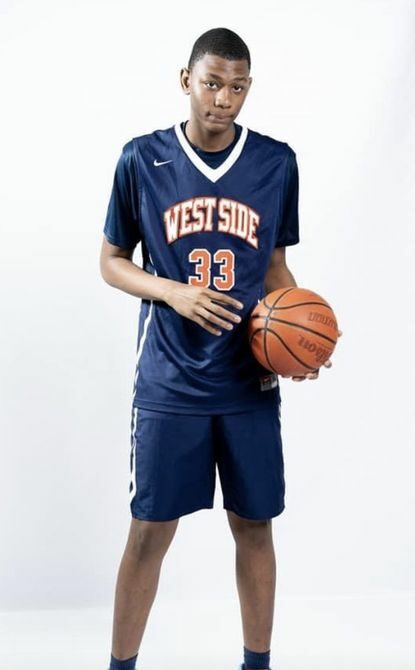 Basketball season kicks off with Signing Day for Jalen Washington

(Gary, IND) – During a recent press conference surrounded by family, friends, administration, media and a host of well wishers, West Side Leadership Academy’s Jalen Washington signed a letter of intent to play basketball for the University of North Carolina on a full scholarship.
“I’d like to thank my amazing parents, coaches, family, friends and everyone who helped me get to this point,” said a soft-spoken Washington.
Gary Schools Athletic Director Robert Lee, Head Basketball Coach Chris Buggs, Washington’s parents, brother and close friends were among the cast of supporters delivering words of support, Tears were shed, but the overall mood was filled with great pride and anticipation for Jalen’s next chapter.
“I’m excited for Jalen to have this wonderful opportunity to be a part of such a prestigious basketball program and school,” said head coach, Chris Buggs. “We’ve watched him grow into an awesome young man. He comes from a great family, and it’s been a pleasure to be a part of his journey.”
Washington closed the signing with words of encouragement for up and coming student athletes.
“We must elevate the bar when it comes to being student athletes,” said Washington. “Go to class, do your best, and most important, have a plan after the ball stops bouncing,”
Meanwhile, basketball season has officially begun with the full schedules for all West Side teams listed on the website at garyschools.org,

The Lady Cougars played their first games Saturday, winning both the varsity and JV games against 21st Century Charter School.

Fans who attend in-person are required to wear face coverings inside the building unless actively eating or drinking.

Negotiations with the Teachers Union Continues